On Thursday June 4th Aldenham School had the honour of Kevin Pietersen and Chris Gayle playing on the 1st XI Cricket Ground. The two cricketing legends were filming a promotional video to advertise the forthcoming Caribbean T20 Tournament.

They were involved in two competitions, the first being who could hit the biggest six and the second was to see if they could hit a moving drone that was recording the action.

Kevin Pietersen arrived first and strolled out to the crease. He managed a powerful 117 metres, slightly into the wind. The bowling machine was set at 63mph and it was amazing to see how cleanly he could strike the ball.

Chris Gayle was next to perform and after a while, with just two balls remaining Gayle managed to beat KP by just one metre. Thus the current School record for six hitting is held by Chris Gayle at 118m. Both players were less successful at hitting the drone as this is a skill that they had never come across before! With some intervention from Jack Gibbins (last year's 1st XI Captain) eventually Chris Gayle also won that competition with a direct hit from about 10 yards! Once both players had finished their interviews and photo shoots they were happy to meet staff and boys and signed some memorabilia for the school to display in the future.

It was an incredible day and a complete honour for the School to host two such superstars. Everyone in attendance had a day that they will remember for the rest of their lives 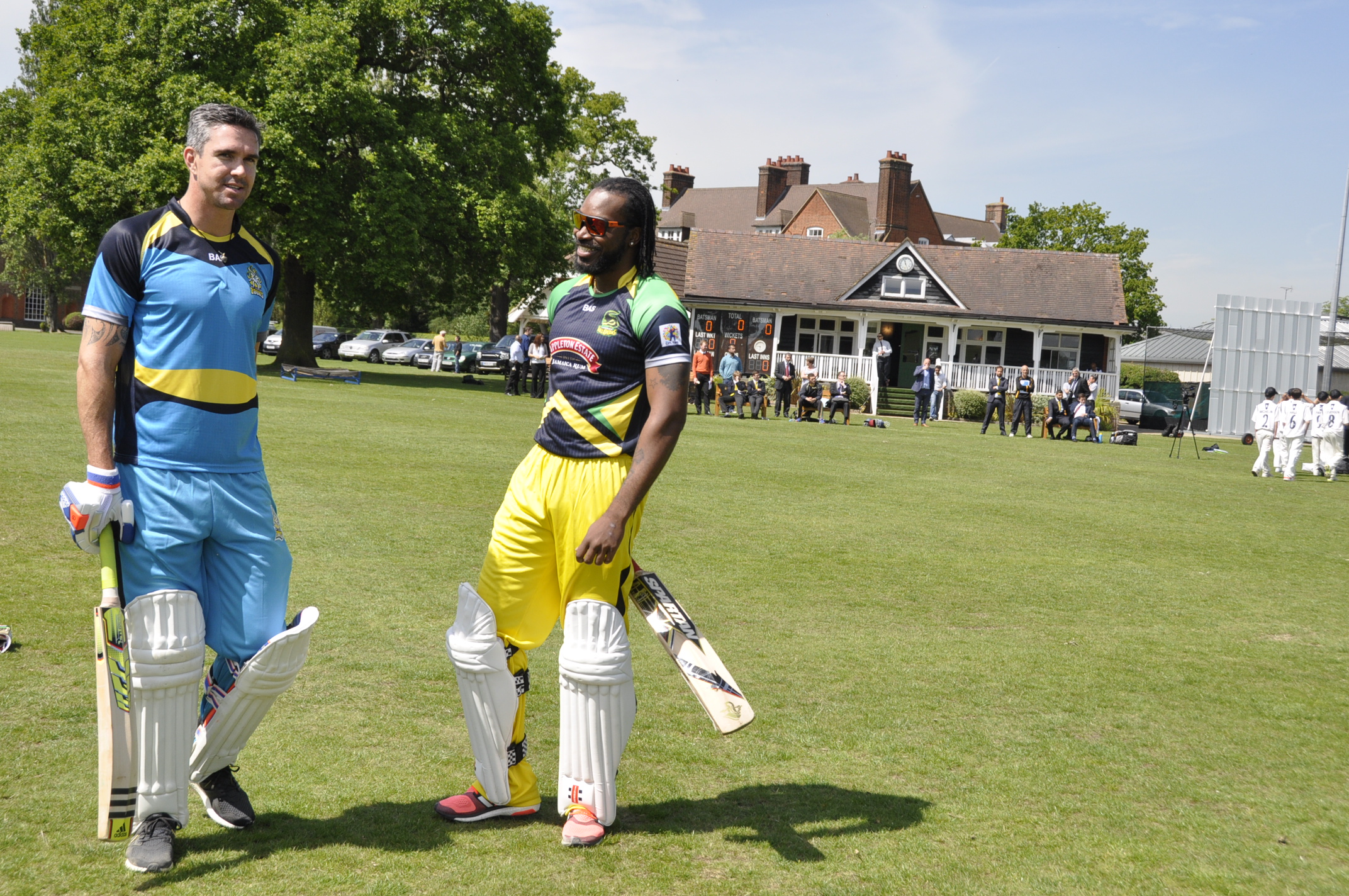 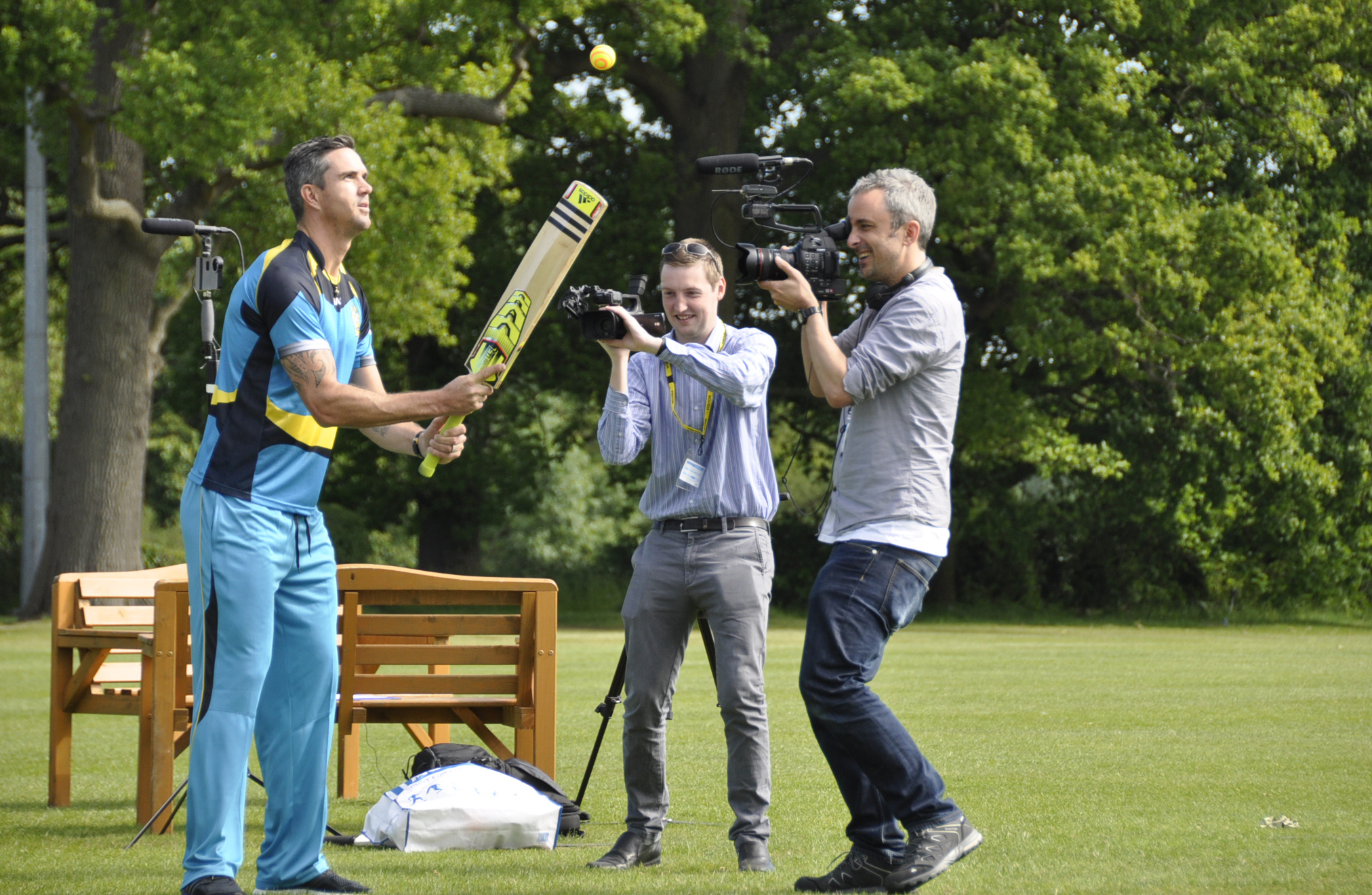