The Aldenham and Queen's Schools Combined Cadet Force (CCF) underwent their biennial inspection on a marvellously sunny day. The senior cadets and new recruits of the RAF and Army sections were drawn up on parade by mid-day and were inspected by Group Captain M J Priestley of the Royal Air Force. 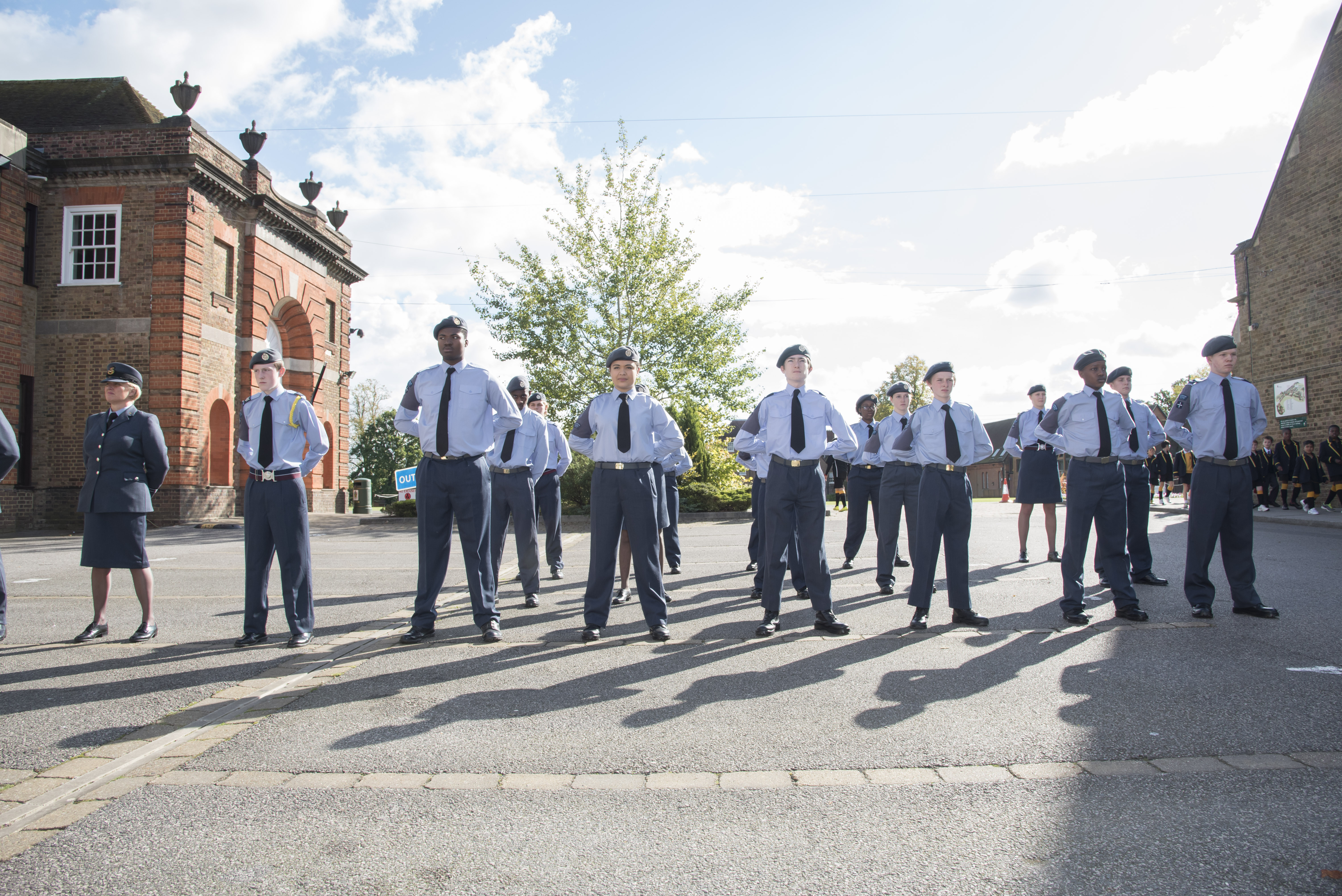 The parade was followed by the inspection of various activities, both in the classroom and outside where the CCF was able to showcase what it does, from the recognition of aircraft to first aid and survival skills. The culmination of the day was a mock section attack on the Aldenham School top field which involved senior cadets from the army section.The section demonstrated various manoeuvres on patrol, including an assault on an enemy position which involved firing blank ammunition and the use of smoke grenades. The mock attack was accompanied by a voice-over explaining the action, which was much appreciated by the audience, who included not only the Group Captain but various other dignitaries, parents and cadets.

The cadets from both schools, parents and instructing officers all had a very enjoyable day and Group Captain Priestley confirmed how impressed he was with the contingent, in terms of the skills they demonstrated, their appearance and character. He stated that he had seen the potential amongst many of the cadets for excellent service as a professional adult in the armed forces.